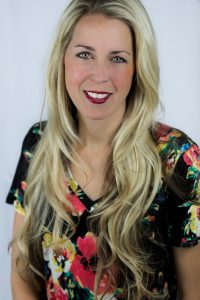 Becki Mitchell has been dancing since the age of five and teaching for eighteen years. She teaches all levels and ages and has taught at various studios in Southern California. Becki has performed with an Elite Performance Group that received overall top awards in many competitions. Her Elite Performance Group also danced in the 2000 Olympics in Sydney, Australia. Becki was a member of the Top Notch Performing Group. She also danced on the OCC competitive dance team for two years. The team competed all over the United States and were National Winners two years in a row. In 2005, she received the prestigious award, “Excellence in Tap Technique” from LA Dance Magic. Becki studied Pathology at OCC and plans to return and finish out the program soon. She loves music, and the beach but loves mostly being with family and friends. She is married to Byron Mitchell and they are the proud parents of Luke, Tessa, Ian and Noah.