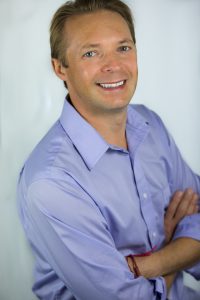 Vitaliy Nechay was born in Ukraine and received his training in the traditional Russian Vaganova method from Kiev State Ballet Academy. Upon graduation, he joined the prestigious Kiev National Theater of Ballet, where he rose to the rank of soloist. He toured throughout Europe and the republics of the Soviet Union. He has worked with such celebrities as Alexander Ratmansky, David Mukhateli, Nabuhiro Terada, Gennady Saveliev, Vadim Solomakha, Polina Semyonova, Andrei Jouravlev and Victoria Lushkina to name a few. Mr. Nechay includes in his repertoire the most famous roles in ballet. He danced in the following classic and modern ballets: “ The Nutcracker” by P. Tchaikovsky, “Romeo and Juliette” by Prokofiev, “Sleeping Beauty” by P. Tchaikovsky, “Swan Lake” by P. Tchaikovsky, “Pakhita” by L. Minkus, “Gizelle” by A. Adan, “Cinderella” by P. Tchaikovsky, “Snow White and the Seven Dwarfs” by B. Pavlovsky, “La Sylphide” by Jean Schneitzhoeffer, “Shopeniana” by Shopen, “Don Quixote” by L. Minkus, “Bolero” by M. Ravel, “The Night Before Christmas” by Stankovich, “Chippolino” by A. Khachaturian, “Fantastic Symphony” by Berlioz, as well as other roles. At this time, Vitaliy is Principal Dancer at California Ballet Company and a ballet teacher at many ballet studios in San Diego, North County and Riverside. He was awarded 2010-2011 Dancer of the Year by the California Ballet Company.