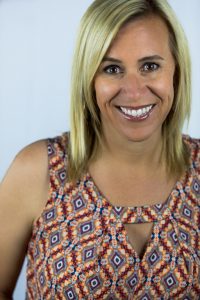 Sarina was first introduced to dance at the age of five and by age ten, was competing with her dance studio. While in high school, she was captain of her dance team, which won several state and national titles. After graduating, Sarina attended Cal State University, Long Beach, where she continued her dance training while earning her degree in Liberal Studies. For over 15 years, she worked for the United Spirit Association in a variety of capacities including dance camp instructor, choreographer, competition director and adjudicator. Sarina has coached and choreographed for several high school teams throughout California, where her routines have won many awards and titles, including National Championships. She has trained in tap, jazz, ballet, lyrical, musical theater and modern dance. Sarina teaches competition teams for TDC comprised of all ages that have won numerous awards over the years. She earned her Masters in Education from Chapman University and has been a classroom teacher for 24 years.  Currently, Sarina teaches dance and physical education at Vista Murrieta High School where she is also the Dance Team and Dance Crew Director. Sarina has been teaching at TDC for over 15 years and is thankful for her wonderful husband, Greg, and two children, Kaylin and Jeffrey.