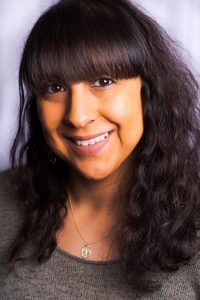 Kylie has been dancing for 32 years, she has been teaching Dance for 12 years. She is a choreographer and trained Dancer in Lyrical, Jazz, Contemporary, Modern, Tap, Acro, Gymnastics, and Hip Hop. She moved to Los Angeles in 2005 to deepen her training and earned a scholarship to train at The Edge Performing Arts Center. She also trained at several other dance schools including: Millenium, Debbie Allen, Culture Shock San Diego and Broadway Dance Center New York. She has performed with Unity LA, Formality, Hi-Fi, Mass Appeal, Carnival a Choreographers Ball, Avocado Dance Theatre and currently Calliopus Contemporary Dance Company. She has been featured in a music Video with K-pop artist BoA (2005) as well as multiple television shows including So You Think You Can Dance Season 1 &  2 and Dance 360 on K-Cal 9. Since her return to Temecula, she has performed in several shows and musicals including: Passion of the Christ Ballet, Cinderella, Once Upon a Tutu, Nutcracker, A Chorus Line, All Shook Up, The Wedding Singer, Anything Goes, and Evita. Her choreography credits include, Fiddler on The Roof (Vista Murrieta High School), “Selfie Queen” Music Video (D.J- Cadie Cash), Passion of the Christ Ballet, and numerous solos for YAGP(Youth American Grand Prix). She has most recently been choreographing Flashmobs for special occasions in Southern California.

Inspired to deepen her training and love for movement, recently finished her 200 Hour certification to be a Registered Yoga Instructor. She has now been teaching Yoga for 3 years here in Temecula. Kylie is very excited to be a part of Temecula Dance Company, She hopes to inspire her students to dance from the heart with humility and self expression.