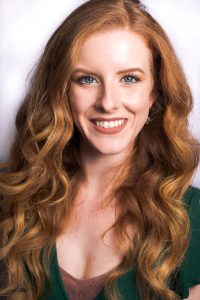 Kayla is a native of Dallas, Texas and has studied and performed both nationally and internationally. She is classically trained and graduated in the advanced level through the Vagonova syllabus. Kayla has had the opportunity to teach and study alongside many renowned instructors including Olga Pavlova, Daniel Ulbricht, Dusty Button, Lauren Lovette, Stephanie Saland, and others. She was a member of Metropolitan Classical ballet under the direction of Alexander Vetrov of the Bolshoi Ballet and Paul Mejia of NYCB who studied closely under George Balanchine. She has performed soloist and principal roles in various major ballets. In 2011, Kayla was asked to instruct and perform in Tokyo, Japan where she lived for a period of time. She performed a soloist role in the ballet Le Corsaire along side performer Andrei Batalov and artists from Staatsballett Berlin. Kayla headlined two classical pas de deuxs at the Majestic in Dallas alongside artists from Texas Ballet Theater.

Kayla has directed multiple ballet programs in DFW studios and continues to instruct and teach master classes around the country. Her award winning choreography has won judges attention and she strives to continue creating pieces on students around the globe. Kayla is on staff with DJ Guthrie’s LUX Dance Convention and Icon Dance Awards while still performing professionally. Kayla has modeled since she was a child and has commercial, acting, print, and runway experience. She frequently modeled on Good Morning Texas and was featured in a dance documentary in 2010.