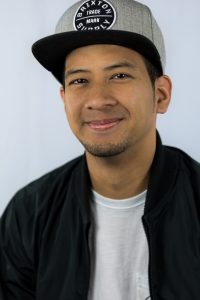 It was April 2003 when Joey Cruz auditioned for FORMALity. Just after the dust had settled from FORMALity’s unstoppable 2002 season, Joey took the first step in what would inevitably lead to the rise and relevance of FORMALity. He assumed a role as a dancer, and trained under several hip hop directors.

Joey has had the privilege of performing at remarkable venues such as The Ellen DeGeneres Show, Culture Shock Showcase, Carnival Choreographer’s Ball, Fusion, SF Hip-Hop Dancefest, East Coast Dance Competition, Fusion, and Body Rock. He was part of the gold medal winning team that competed at the USA & World Hip-Hop Championship from 2005-2007. His choreography has been highlighted in routines performed by FORMALity, Hi-Fi, FLIPSIDE and Mass Appeal. Joey has gained international acclaim teaching in London, Toronto, and Montreal. He teaches hip hop, freestyle and breakdance classes at TDC, and provides expert instruction for dancers of all levels.