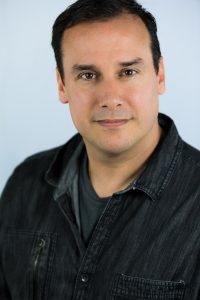 He has choreographed for numerous national tours, dance concerts and industrials including: Bring Back Broadway for the musical theater performances at the Washington Smithsonian, Carnival “Choreographers’ Showcase” in L.A., PBS Concert “Blaze”, NBC’s “America’s Got Talent”, CBS’s “Live to Dance”, national tour of “In The Mood”, University of California at Irvine – Dance Escape and New Slate, University of Michigan, University of Iowa, Tapping Dads, Mira Costa College’s Fall and Spring Dance Concerts, productions of “Sound of Music” and “Me and My Girl” for Azusa Pacific University, “Once Upon a Mattress” for Great Oak High School, Merridian (starring 3 Mo Tenors), Make A Wish Foundation (Katie Couric), and “Say Thanks America” (White House).  You can see his students teaching and choreographing across the country at many conventions and dance studios including Broadway Dance Center in NYC.  Students he has trained can also be seen in major films and TV shows such as “Smash”, “So You Think You Can Dance” and in every awards show including the Tony’s, Emmy’s, Oscars, Grammy’s and Billboards.  Many of his students also have Broadway credits such as “Hamilton”, “Wicked”, “Lion King”, “Fosse”, “West Side Story”, “Doctor Zhivago”, “Hot Feet”, “Gigi”, “Chicago”, “Ghost”, “Adam’s Family” and some are dance captains for the world Famous Radio City Rockettes.  He is very proud of his students and how they are all passing down the arts to the next generation.

He has taught and judged for every major dance organization at the regional, national, and international level including Broadway Dance Center in NYC, University of California at Irvine, University of Iowa, Elon University, University of Michigan, Azusa Pacific University, Oklahoma City University, Mira Costa College, 92nd St. Y (Harkness Dance Center) and The Alvin Ailey Outreach Student Program in New York City.   His choreography for TDC and numerous dance studios around the country has won countless overalls and numerous choreography awards at every major competitive venue.  He has won the Industry Award for best competition number 3 years in a row and has been nominated in numerous categories including Tap, Musical Theater, Jazz and Open; this acknowledges his diversity, range of teaching and choreographic abilities in various styles of dance.  Currently, he is the director of Dance Educators of America’s Musical Theater summer intensive.

Jimmy’s performing credits include: the Off-Broadway production of The Jazz Singer (Bob), the first national tour of Showboat (Pete), the international tour of A Chorus Line (Mark), 42nd St. (Billie), George M (George), Crazy for You (Wyatt), Can-Can (Theophille) and the original cast of Quilt – A Musical Celebration. He has performed at the movie premieres of “Hunchback of Notre Dame”, “Pocahontas” (with Vanessa Williams), “101 Dalmatians”, and “Toy Story”. Command performances include the White House (President Ronald Reagan, George Bush and Bill Clinton) and The Kennedy Center.  Jimmy believes that dancers use their bodies as their canvas to create their art. To dance is to make the audience feel something about humanity that they haven’t felt or been exposed to before.  Jimmy would especially love to thank his wonderful family, Lainie, James and Sela Rose. I love you with all my heart and soul.