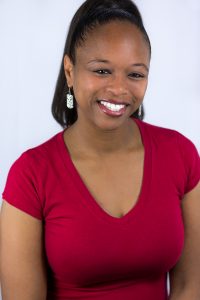 Jada is from Maryland and has been teaching for over 30 years. She has performed on tour, appeared in TV shows, movies and has been in music videos with artists such as Missy Elliott, Usher, Snoop Dogg, Ying Yang Twins, R. Kelly, Dru Hill, Da Brat, Pink, Blaque, Juvenile, Tyrese, Ja Rule, and Bobby Brown. Jada’s commercial appearances include Joe Boxer, Coors Light, Impala, and Right Guard. In her spare time she has performed on dance teams for the LA Avengers (football), Anaheim Storm (lacrosse) and the All-Star Girls (rugby). Jada received her BA in Theater/Communications in 1996 and most of her theater work has been in the Midwest region. Structure and organization is a big part of Jada’s life and helps her juggle her busy teaching schedule and 2 daughters, ages 12 and 7.  You can see her as a Special Guest Judge for this season of Bring It! on the Lifetime channel.  Jada has recently returned to choreographing flash mobs and quinceaneras/sweet 16’s.