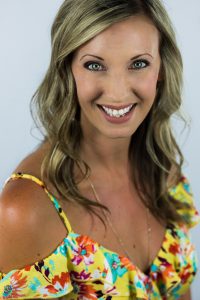 Deanna began her dancing career at age 3, performing at Future Talent Dance Studio, owned and operated by her mom. She started competing when she was 9, winning many awards for tap. At 15, she decided to stop competing and began teaching tiny tot classes. She continued training at professional studios in Los Angeles such as the Edge, Millennium, and Debbie Reynolds. She choreographed and taught her first competition team when she was only 17, which won the highest score at national finals. After tasting success, she expanded and taught many of the teams for her mom’s studio. During this time, she also received her Bachelor’s degree in English from the University of La Verne, along with her teaching credential. She has taught seventh grade and high school English, but now she devotes most of her free time to teaching dance. She was awarded the 2009 Teacher of the Year award from Kids Artistic Revue, the 2012 choreography award for Primetime, and has received several other top choreography awards from Showbiz and Primetime. She has choreographed for several studios across the U.S. and has choreographed a commercial for Xerox. She is married to Nick, and mom to three sons Hunter, Luke and Nathan.