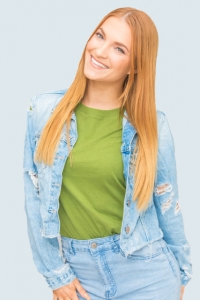 Hannah Gallagher is a teacher, dancer and choreographer located in Los Angeles, California. Hannah has performed with numerous artists including Janet Jackson, Lil Wayne, KidFresh, and Eden XO. Most recently she was working with Tessandra Chavez’s Company, UnityLA, and performed in the UnityLA Live Company Show. She has performed in “Othello’s Touch” in Romania directed by Mario Atelier, and was also credited as a choreographer for the show. Hannah has also taught different styles of dance all over the world in places such Mexico, Europe, and all over the United States.