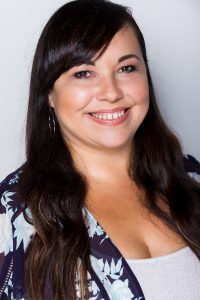 Angie Lopez was born and raised in Riverside, CA and now resides in Menifee, CA. She was born to be in the entertainment business.  With a love for teaching and choreography, she has made a well-known name for herself.She started her training at Debra Kaye Dance Studio in 1983. She competed for the first time at the age of 3 and her dance career took off from there. At the age of 10 the owner; Debra Kaye, started training her to become an instructor. At the age of 14 she started teaching her own classes in Ballet, Tap, and Jazz. She went on to pursue her career as a dance instructor and choreographer. Currently Angie is a nationally ranked choreographer winning top overalls, special judge’s awards, choreography awards, and costume awards.  She has trained with some of the top choreographers in Southern California including: Debra Kaye, Kalvin Latimere, Bennet Reid, Gloria Otero, Jo Quinones, Terri Russel, Yanis Marshall, Johnny Smith, Dante Seven, Hamilton, Terri Best, Joe Tremaine, Michael Rooney, and Jackie Sleight. Angie Specializes in Ballet, Tap, Jazz, Lyrical, Contemporary, Hip-Hop, Salsa, Cha-Cha, Merengue, Bachata, and Hustle. She has performed as a backup dancer for the pop singing group Foxi Nova, and in numerous Salsa Congresses all over the United States. She was a part of the Otero Dance Co. as a performer for dinner and theater shows, and was the top choreographer for the Janet Goeski Foundation “Dancing with the Stars” I.E Edition for 7 years. Angie is also the choreographer for the Riversides Ghost Walk Thriller Production. Angie is passionate about sharing her love of the arts with her students.