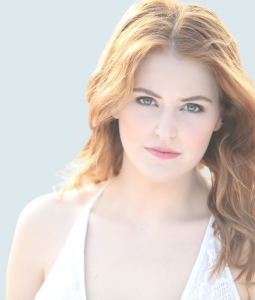 Rose Seidman grew up dancing in Annapolis Maryland. She is an eight time title winner from competitions across the nation.  While in Maryland, Rose completed her advanced training in Cecchetti and passed with honors.

After high school, Rose moved to New York where she graduated Cum Laude with a B.F.A in dance from Adelphi University. She is also a graduate of the Broadway Dance Center professional semester. While in New York, Rose trained with members of Netherlands Dance Theatre, Martha Graham Dance Company, and Paul Taylor Dance Company. During this time Rose also worked with Buglisi Dance Theatre, Central Maryland Youth Ballet, C-Bank, and Lacey Schwimmer from “So You Think You Can Dance” as well as doing commercial work for Curtain Call, Broadway Dance Center, and Schmackary’s. She also had the privilege of studying at London Contemporary Dance School.

Since moving to Los Angeles, Rose has been in music videos for Hospin, Simple Plan, Future Kingz, and Dr. Maleek.  She has done commercials for companies such as Heineken, Redbull, Madison Reed, and Yibu Beauty. Rose has worked on the television show Animal Kingdom as well as Good Morning America and has appeared in films such as Joyful Noise and Camp. She is also in the upcoming movie Licorice Pizza!